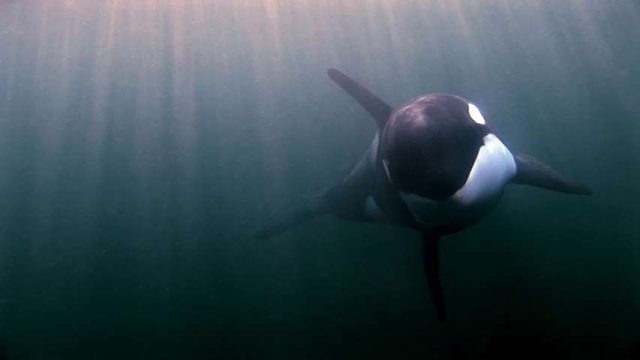 A new directors’ cut of Saving Luna, the award-winning documentary about the connection between people and orcas, makes it giant-screen debut at IMAX® Victoria on January 3, 2022.

As its name suggests, this film follows the story of Luna, a young male orca who loses his family in Nootka Sound, on the rugged west coast of Vancouver Island. Through his determination to make friends with people, Luna sets in motion events that challenge our politics, science and spirit, and make us rethink our most fundamental ideas about the nature of love and friendship.

After winning 25 international film awards, Saving Luna caught the eye of actor Ryan Reynolds, who partnered with the filmmakers to make another version of the film, called The Whale, which Reynolds executive-produced and narrated.

Now, the original version of this beloved film has been reformatted and enhanced with new high-definition footage, surround sound, and narration by filmmaker Michael Parfit, specifically for IMAX® Victoria’s giant screen, the largest screen in the province.

“We are very excited to reveal this new enhanced version of Saving Luna on the giant screen,” says the film’s producer and co-director Dr. Suzanne Chisholm. “The immersive experience of IMAX® Victoria is a great fit for this film, because both film and venue work together to transport you to a different time and place.”

The film arrives at IMAX® Victoria just in time for the final run of the Royal BC Museum’s feature exhibition Orcas: Our Shared Future, which closes March 31, 2022.