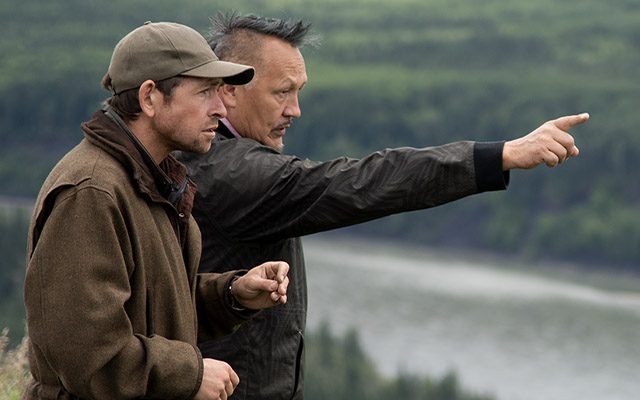 Season Five of Moosemeat & Marmalade will feature 13 all-new episodes and promises to deliver a memorable culinary experience with co-hosts Art and Dan. From hunting for whitetail deer in the Peace Valley to foraging for fresh ingredients in southern Ireland, the co-hosts make scenic – and mouth-watering – stops in communities across British Columbia, Quebec, Ireland and Wales. In these unprecedented times, Art and Dan’s globetrotting adventures will teach, engage, and inspire even the most reluctant of home chefs to get busy in the kitchen.

“Over the past five years we’ve journeyed around the world on incredible culinary adventures. We can’t wait to take our loyal fans on another epic adventure through some of our favourite places to date and to introduce them to new recipes, flavours, and cooking techniques along the way,” says co-host and Producer Art Napoleon. “In a year when many of us have been spending more time at home than ever, we’re excited to share an authentic glimpse into the people, culture and traditions of some of the most unique communities in Canada and Ireland, while also exploring topics that are incredibly important to us – from ethical and sustainable food sourcing to exploring Indigenous food sovereignty and of course, celebrating the local food traditions everywhere we go.”

As in previous seasons, each new episode delves into important trending food topics that go beyond just cooking and tasting local food. Every episode explores and educates on relevant societal topics, including the storied history of Haida art and culture, the importance of food security, and the preservation of sacred food and cultural traditions around the world.

“In Season Five, fans of Moosemeat & Marmalade can look forward to more than just the spirited relationship, endless banter and, of course, really good food that Art and Dan bring to the table,” shares Executive Producer Hilary Pryor. “Audiences will also benefit from the fascinating people and experiences Art and Dan encounter this season as they explore their roots and shed light on important issues such as food sustainability, the importance of language in preserving culture, and a universal love of myths and tradition that transcends all borders.”

Also new this year is a six-part web series, Circling Back, which will take fans of the show through a nostalgic look back over the past five seasons hosted by Art and Dan. Fans are invited to watch the exclusive web series and follow along this season for new recipes and more at www.moosemeatandmarmalade.com. Season Five of Moosemeat & Marmalade will air across Canada in English starting on February 11th, 2021 on APTN. Check your local listings for more information.

It’s the Appy-est Season of All!