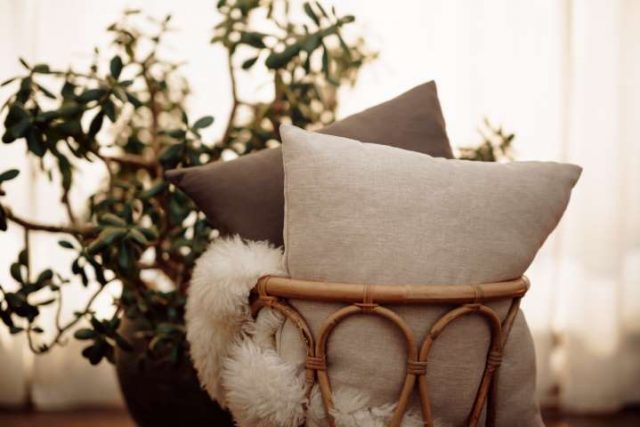 Canadian company BlackStuff today launches a Kickstarter product campaign for its cutting-edge PILO Purifier, an odor-eliminating and air-purifying throw pillow. Considering the pervasive menace of indoor air pollution, with furniture, heaters, boilers and construction materials all trapping toxic air particles inside, PILO’s launch into the consumer market couldn’t have come at a more critical time. This game-changing and sustainable throw pillow is filled with a special activated-charcoal-embedded foam that filters the home of unwanted odors, allergens, pollutants, moisture and other harmful chemicals like formaldehyde.

The origin story of PILO goes back to a trip BlackStuff President and founder Peter Khoury made to a trade fair in Guangzhou, China, a few years ago. Upon arrival, he was immediately struck by the omnipresent air pollution. “The city’s air quality profoundly shocked me,” recalls Khoury. “So many people on the street wear air-filtering face masks. The thought of needing to wear one almost all day to avoid getting poisoned by what you breathe struck a chord and has never left me since.” It’s a sentiment echoed by fellow Blackstuff partner Benjamin Goldfarb, which explains his commitment to bringing the eco-friendly PILO to the market. “I was born and raised in Paris, where pollution can be quite heavy,” remarks Goldfarb. “On some days, no cars are allowed into the city to help reduce smog levels. That’s a major issue there, but it’s only a matter of time before it spreads everywhere.”

Peter Khoury, Benjamin Goldfarb and fellow Blackstuff partner Dave Khoury’s shared impetus for developing PILO and its spectacularly effective activated-charcoal–embedded stuffing – similar to materials used to make high-performance military gas masks – is rooted in a desire to see more sustainable products made available to the public. “We want to contribute to hopefully ensure that the next generation still has a planet to care for,” says Peter, who comes from an industrial design background. “I was using chemical products like air fresheners all the time to deal with unwanted odors at home. It was instilling a false sense of safety and wellbeing, while actually doing more harm than good both to the environment and my own body because it’s full of dangerous chemicals that merely mask the problem.”

With the EPA (Environmental Protection Agency) estimating that Americans spend 93 percent of their time indoors (so much so that ours is being called “the indoor generation”), one cannot overstate the massive need for a product such as PILO. In addition to the increased risk of respiratory diseases, anxiety and cardiovascular damage associated with air pollution, troubling new studies have found that breathing in such a lethal combo of air particles can amount to an effect equal to losing a year’s worth of intelligence, a much higher likelihood of developing dementia and increased mental illness in children, to name but a few.

Thankfully, PILO’s air purification properties are second to none. Because of activated charcoal’s microporous structure, PILO’s enormous surface area (if it were to be flattened) covers roughly four million square feet, or approximately 70 football fields. Every millimeter of this surface attracts and traps odors and harmful particles with the help of an intermolecular force calledvan der Waals.

Blackstuff sees PILO as one small step in the right direction, and the first of many sustainable products it brings to market. “If we don’t start somewhere, what kind of example are we setting for future generations?” asks Goldfarb.

For more information and to help BlackStuff founders get PILO into homes everywhere ASAP, visit the Kickstarter campaign page here.

Made For Dreaming: Blue Upholstered Bed